Carolyn Ingvarson convenes Lighter Footprints, a climate action group she founded in the Kooyong Electorate. Carolyn works to support the group’s members to understand the science and practice of energy efficiency and sustainable living in our own lives. She is committed to learning how best to work towards change in our community, including working with local politicians at state and federal levels – she helped get teal candidate, Monique Ryan, elected in the 2022 Federal election.

Below, we share Carolyn’s recent panel address at a WELA Melbourne event, held on December 1, 2022. Her stories show the power of bringing different people together and her pieces of advice for approaching leadership are a practical tool for everyone trying to create change. 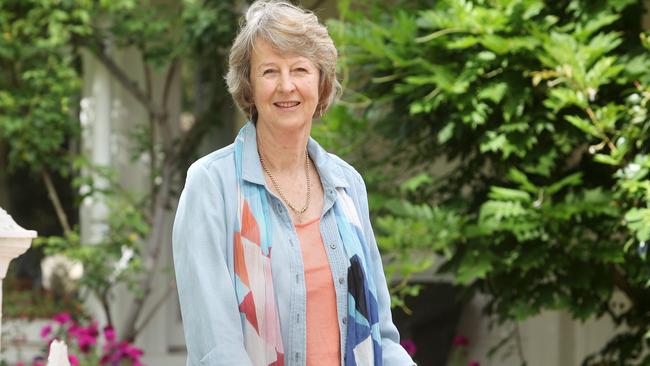 Tell us a story about your environmental leadership…

I have 60 years of work experience to plunder for an appropriate story!

I had a ripper from teaching biology in the 1960s and 70s – which remains my most gutsy and rewarding time; one on standing for the Senate in 1977 for the Women’s Party; or in 2003, an embarrassing surprise award as a public servant, from the Australian Freight Industry for leadership; or maybe something from the recent campaign to elect a Teal in Kooyong…  but I settled on one relating to a forum which Lighter Footprints ran in the Box Hill town hall, in June of 2016.

This was a time when heavy forces were massed against progress on climate change, but we were driven by our sense of purpose and the belief that change was possible.

I’d persuaded our local member Josh Frydenberg – then Minister for Environment and Energy, to join a panel with Mark Butler – Labor’s Shadow Minister for Climate and Environment, and Janet Rice from the Greens – who was also a trained meteorologist, to discuss climate and their approaches to addressing it. When Liberal politicians were refusing to join any public platform on climate, this was seen as a significant national event, and 550 people packed the town hall with standing room only.

The three speakers were asked three questions and could ask each other a question too. Mark Butler and Janet Rice spoke strongly about the urgency of action. Josh Frydenberg sold himself as being serious about climate, and said his party would definitely take action, but there was no rush. And then he actually said ‘we have to transition away from coal’ – which drew breath around the hall as this was not Liberal policy.  This was still 9 months before the infamous Morrison line ‘This is coal – don’t be afraid.’

I was chairing this pre-election event and in thanking them at the end, (and in light of the tone in the discussion) I went off script.  I turned to them and said – “You’ve all said that we need serious action in this next decade and so, can I ask you…

Would you be prepared to meet together over a coffee to explore common ground on climate change action?”

“We’ll do that”, to resounding applause.

Within a month, I received a photograph by text showing the three having coffee together. They swapped personal mobile numbers in order to discuss issues behind the scenes in seeking common ground immune from dispute.

Look, it didn’t last long. Abbott knocked off Turnbull and the climate wars picked up pace, but it’s there on record, it happened – as an example of what might have been possible as a way to deal with this wicked problem. It has not been forgotten by the audience, nor by the three players, nor by me –  as an example of taking a risk in the moment. 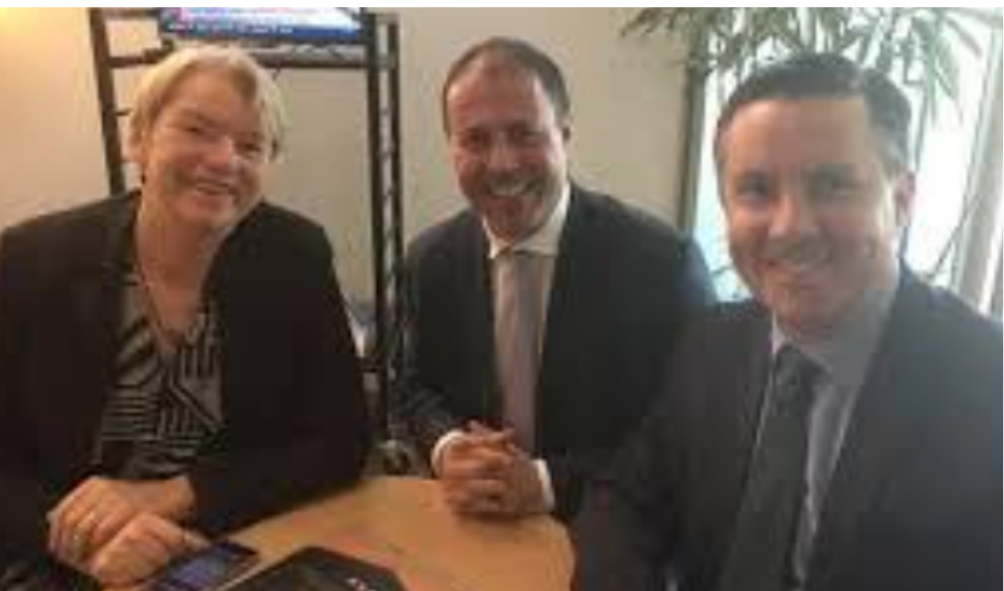 What are some of the leadership points I might draw from this anecdote?

A local group of volunteers can grow over time to have significant influence. This has taken 16 years so far and has built a base of 3500 supporters. We have had times of awful depression, but we never gave up.

And how did we manage to consistently fill town halls, there to hear people of political influence?

We gained credibility as a trusted voice because we tapped into reliable information about an issue of concern to the community. This shifted their views, and their votes. Politicians don’t expose themselves on platforms like this, unless they have to, and people come when they trust this is a real event.

So – to be good at this, choose something important – and hard,  – that you personally believe in – and then stay with it over the long term – Persistence is fundamental.

As women, we do all the things I’ve listed, in my view better than men.

Women are believers  –  we’re dogged, we listen, we notice, we have fun, we treat people with respect and with kindness, rely for our confidence and self esteem on the response of our team and our colleagues. Our perception of what needs to be done is built up from the group, rather than imposed upon it, and we can bend when needed. We apologise if we get it wrong. We run things with warmth, and food, and not much ego, and get pleasure from empowering others.

Women just get it. And there is no organisation that is immune from consideration of its own climate impact, so we need women everywhere, in positions of leadership, showing how it is done.

This not as an optional extra.

This is about understanding what it takes for this planet’s survival, and women can do this so well.

The 2023 WELA National Leadership Program is now open for applications.

The program is transformational for women who want to accelerate positive change for our environment and climate.

WELA’s National Leadership Program has successfully supported the leadership, career development and influence of over 135 women and gender diverse changemakers since 2016.

Check out all the information on our program page including retreat dates, program fees and scholarship information, testimonials from previous participants, and the application form.