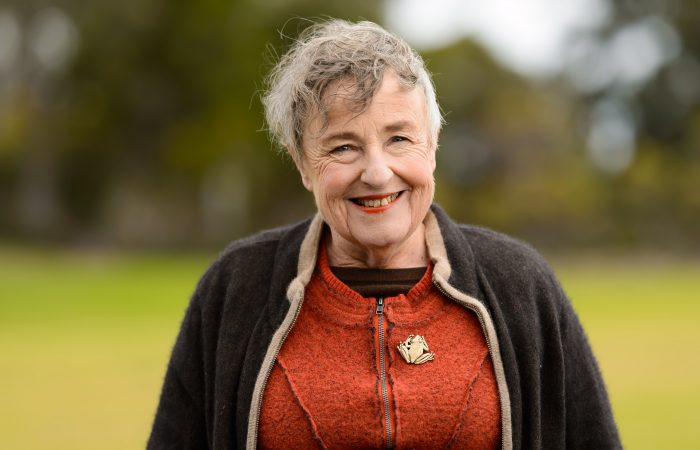 Dr Deb Foskey was born on 12 November 1949 in Terang, in rural western Victoria, the second child of a family of four – with three brothers. Her father Harold was an ex-RAAF Pilot-Officer turned dairy supervisor and her mother Vera (nee Thompson) a dedicated housewife. Deb grew up in Bacchus Marsh and was educated at Bacchus Marsh State School and Bacchus Marsh High School where she was Dux of the school in her final year. Deb attended the University of Melbourne, studying a Bachelor of Arts in English and Philosophy and then completing a DipEd. In 1972, aged 22, Deb, husband Bob and 6 week old baby daughter Samara headed bush, settling in Cabanandra in the mountain forests of far East Gippsland. Their son Brandon was born the next year and they commenced building an A-frame cottage on stone walls beside the Jingalala River shortly thereafter. Deb said:

“We wanted a house that was built out of materials from the earth, we didn’t want electricity in those days.

We were forerunners of the alternative lifestyle people, trying to build self-sufficiency and community in a cold, challenging place, far from services in a place where the greenies we became were often made to feel uncomfortable…

We came here because we could afford the land…and the property at Cabanandra had a river, a small area of cleared land and bush. I really don’t think we thought through the impacts of the isolation: distance from shops, post-primary education and jobs. Partly to counter the social isolation, I was very keen on building a self-sufficient community at Cabanandra, and we set up the Warm Corners Cooperative which still thrives today.” 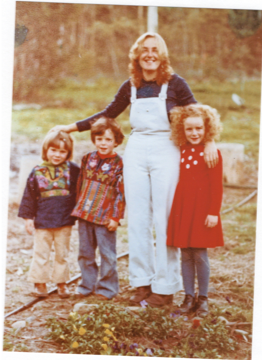 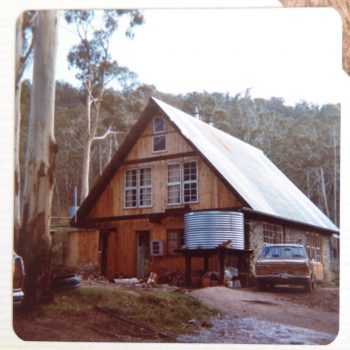 Over the next decade, Deb worked with local, rural and urban forest campaigners for the protection of the East Gippsland forests that surround Cabanandra (the Errinundra and Snowy River National Parks, among others). During this time Deb was the main breadwinner for the family of four, working in education and travelling all over East Gippsland. As part of her work with the Country Education Project, she brought conflict resolution and performance techniques to her community and helped establish a local newspaper. In the mid-eighties, when it came time for Sam and Brandon to attend high school, Deb and her husband Bob made the decision to shift to Canberra.

After moving to Canberra in the mid-eighties, Deb went on to be active in the ACT Greens through the 90s, and contributed to policy development at a local and national level. She was particularly critical in the formation of the Australian Greens’ humanitarian position on refugees and population at a time when there was considerable pressure from environmentalists to stop immigration.

Tragically, in 1986, Brandon drowned at Casuarina Sands, a popular swimming spot on the Murrumbidgee River. Brandon was in an inflatable raft with a friend of Deb’s which had gone over a weir, hidden by water levels raised due to recent rain. The friend was thrown from the inflatable raft and pulled out of the water, but Brandon was trapped on the vessel in the turbulence of the flooded river. Deb watched from shore, waiting anxiously as emergency services and bystanders tried unsuccessfully over a number of hours to save the terrified 13 year old. Both the friend and a Senior Police Constable almost lost their lives in the incident. Shocked to her core that he could not be saved, Deb lived with an aching hole for the rest of her life, but she journeyed on with her grief and with extraordinary strength. In the years that followed, she campaigned successfully for the removal of the weir.

In Canberra, Deb taught and studied, undertaking a Masters in Human Ecology and then a PhD titled “Did the Earth move for you too Dear?” that looked at the role of community movements in the framing of the Programme of Action for the United Nations International Conference on Population and Development.  Always busy, she did this while raising her younger daughter Eleni, born in 1989.

Deb became involved in the anti-globalisation movement and held up the movement in Canberra in the late 90s/early 2000s. She also worked with the International Women’s Development Agency (IWDA) during this time. Sue Finucane, a former IWDA program manager, recalls Deb representing IWDA in their Canberra chapter:

“It really was a thrilling time to be involved in global women’s activism and Deb really lived the values of think globally and act locally. Ahead of her time in many respects making and living the links between gender, women’s rights (or lack thereof) and climate care.” 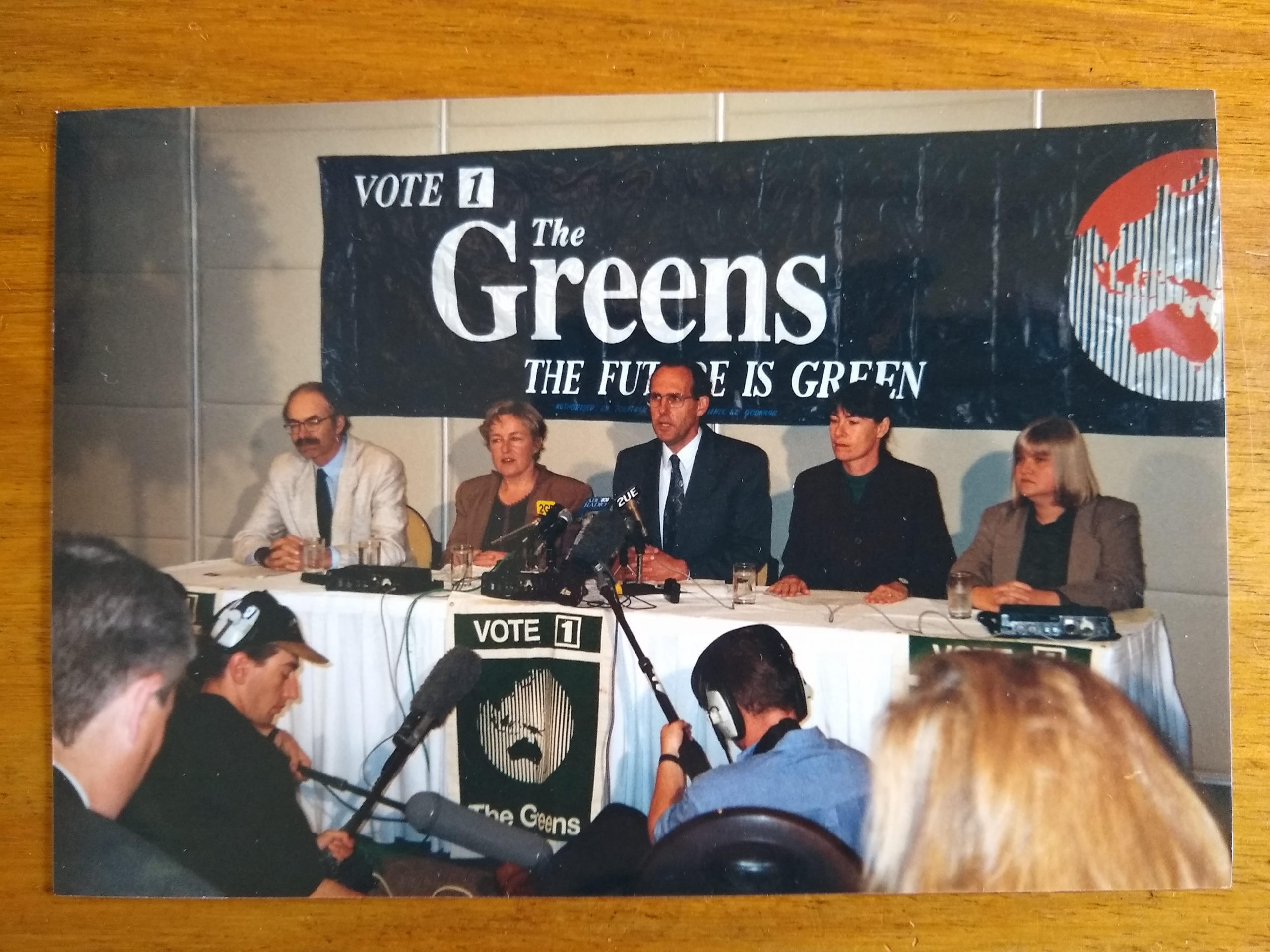 Deb was active in the formation of the Greens in the ACT, and she stood for the Senate in 1998 and for the ACT Legislative Assembly in 2001. She was elected to the Assembly in 2004 in the seat of Molonglo as the only Green and crossbencher in the Assembly during the ACT’s first and only period of majority government. Her four years in the ACT Assembly featured a huge amount of work on sustainability, climate, democracy and social issues.  It was the year after the 2003 fires in Canberra, during a long period of drought and Deb worked successfully to raise issues of water efficiency, climate change and sustainability in the face of vehement deniers and dated thinking.

Deb put forward legislation on a wide range of issues, including calling for a ban on caged egg production in the ACT, calling for a container deposit scheme and successfully brought in Australia’s first legislation banning SLAPPsuits – Strategic Lawsuits Against Public Participation. She pushed for triple bottom line analysis, better annual reporting on ecologically sustainable development indicators, and for improved democratic processes. Importantly, she campaigned against unilateral decisions by the majority government on key issues like the mass school closures. Her intelligence, humour and doggedness got the Greens team through the period of majority government, and her momentum took the Greens into an unprecedented balance of power.

As a single mother who had lived in public housing, Deb was one of the few politicians with such lived experience, which meant she was a strong advocate for housing rights for those on low incomes. One of her lasting legacies was to ensure that the residents of the Narrabundah Long Stay Caravan Park were not evicted when the private owner sold the land. That caravan park still provides affordable homes to more than a hundred people today.

Deb enjoyed travelling to experience other cultures, politics and environments and expressed regret that she didn’t fit more travel into her life. In 2008 she attended the Global Greens Congress in Brazil and undertook a study tour with now Greens Senator Janet Rice looking at participatory budgeting, where local communities are actively involved in setting priorities about where they want their taxes to be spent. This trip, combining the global and the local, was quintessentially Deb, covering the breadth of her interests and perspectives.

Deb moved back to Cabanandra after she finished up in the Assembly in 2008. After having been a high-flyer as an elected representative she threw herself back into her community and her local but globally significant environment. During that time in her bush home, she found herself able to be more self-sufficient than she had ever been in the seventies and eighties. She worked with the Centre for Rural Communities. She was the coordinator of the Tubbut Neighbourhood House and was highly respected within the statewide neighbourhood houses community. She worked with the local community to help develop an ecotourism strategy for East Gippsland and was chairperson of the Orbost Exhibition Centre, and she continued her tireless campaigning for forest protection. She was a member of her local CFA and prepared her house to survive the 2014 forest fire that burned to within metres of the house. 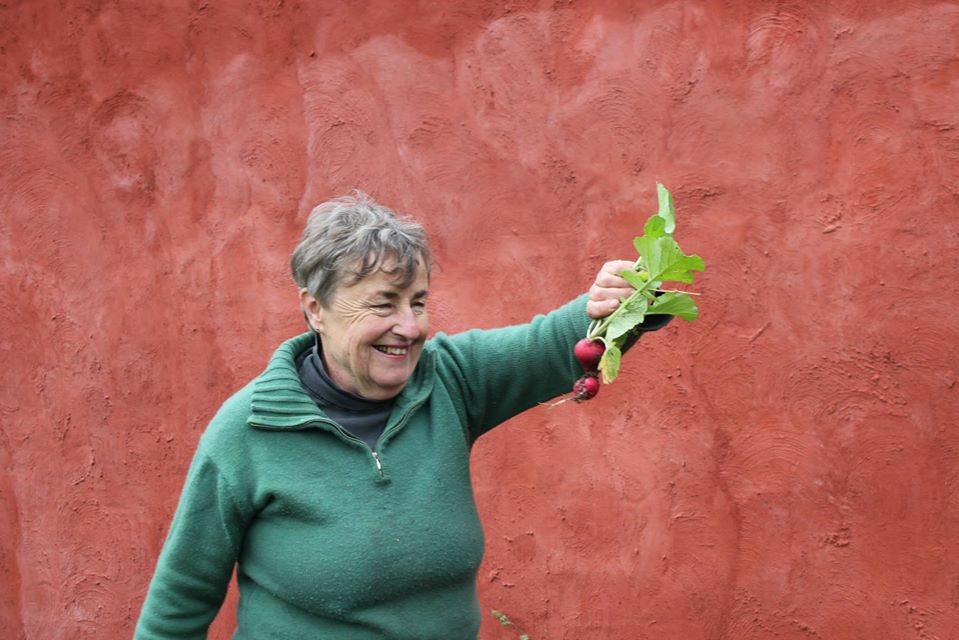 In the last years of her life Deb connected community activism and electoral politics together as only someone with Deb’s life experience can do. She was the living personification of the four pillars of the Greens—ecological sustainability, social justice, peace and nonviolence, and grassroots democracy. She also re-found her energy and motivation for public life. Deb stood for East Gippsland Shire Council in 2016, the Victoria state election in 2018 and then threw her hat in the ring for the federal seat of Gippsland in 2019, campaigning powerfully on our interconnected crises—climate, nature, inequality and democracy—and on the local solutions to these national and global problems. Deb was determined to use the election as a platform to amplify the voices of rural and regional communities in environmental and social politics.

Shortly after the election she became unwell, was admitted to hospital in Bairnsdale and was diagnosed with lung cancer in June 2019. In July, as she recuperated from surgery, her beloved house at Cabanandra burnt to the ground destroying almost everything she owned. Most tragically her 50-plus personal journals – meticulously kept since the age of 17 – were lost in the fire, upending her plan to tell her life story.

In true form, Deb confronted her terminal diagnosis with optimism, honesty and openness. 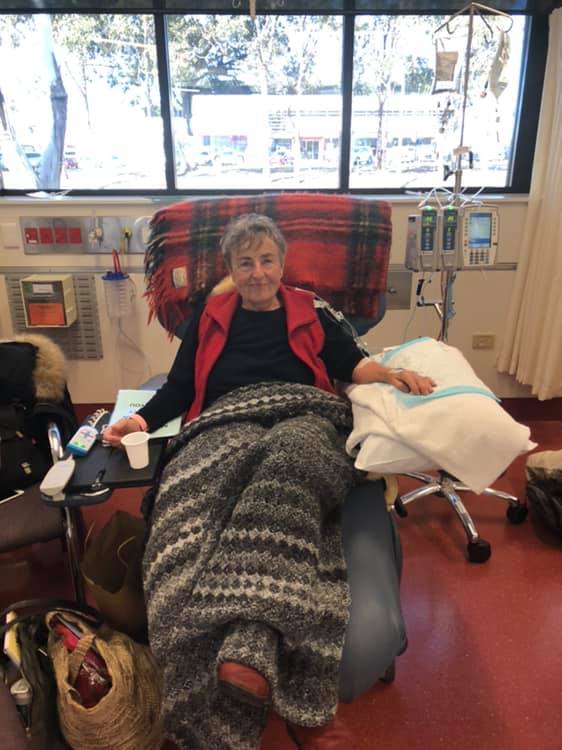 She moved to Orbost to live with her daughter Eleni and be closer to cancer treatment. She talked of rebuilding her house and remained passionate about living at Cabanandra, even as the 2019/2020 fire season took hold of East Gippsland’s forests and threatened her new Orbost home too.

In the months before she died, Deb’s treatment went well. She had a holiday in Tasmania and had found herself a small cottage retreat at Cabanandra.

In her final weeks, she continued her regular chemo/immunotherapy treatments at Bairnsdale hospital, but tests indicated compromised lung capacity. She was having trouble breathing and controlling pain. Deb’s health was on the decline and she made the difficult decision to stop treatment, spend time with family and go home to record a memoir. Deb also continued her activism, using digital platforms to share her thoughts on topics ranging from the COVID-19 pandemic, social inequality, and the need for both art and science.

She went to the hospital for the final treatment in the midst of COVID-19 pandemic. She was admitted and confined to an isolation ward, before she could be cleared for COVID-19. Painfully for her family, she was not allowed any visitors, but she did have a kind nurse at her side.

Her Facebook posts kept her friends up to date, and led to conversations where she confronted her mortality head on, knowing she had limited time left. She asked the day before she died: what is a life, what is it all about?

Deb passed away early in the morning on 1 May 2020, aged 70. Her email, phone log and facebook messages showed that just 2 hours prior to her death Deb was actively working for the environment and East Gippsland – promising letters of support, getting a youth ambassador onto a committee and organising community activities and events. She was active in community groups such as Environment East Gippsland, the Orbost Exhibition Centre and in her role as Independent Chair of Headspace Gippsland until the end.

She leaves behind her two daughters Samara and Eleni, a strong contribution to East Gippsland, Canberra and the world, having worked to make them all better places. Along with a powerful and feisty memory, a legacy of love, care and respect, and deep relationships with people and the earth. 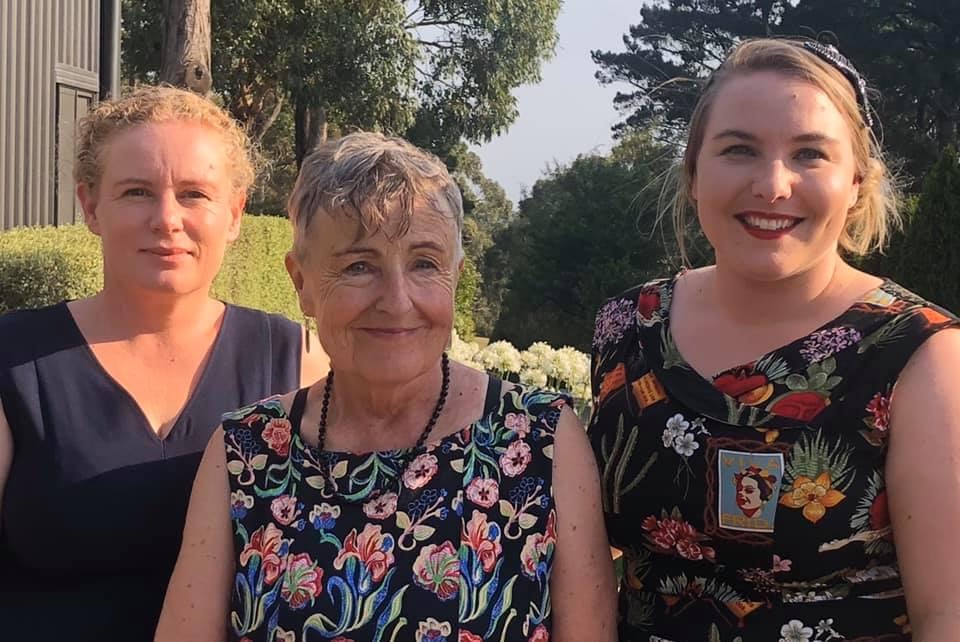