This week a report has been released by Women’s Earth and Climate Action Network (WECAN), Gender integration in climate policy: A G20 analysis. WELA endorses this report wholeheartedly.

The report shows a gaping exclusion of gender consideration in most national climate change policies, including those of the world’s largest economies, the G20 countries. This is despite countries agreeing to the Gender Action Plan at COP25, to drive gender responsive climate policy.

According to the findings of the report, Australia is trailing far behind. Gender is not mentioned once in Australia’s own climate change mandates, domestic government material, or even mentioned in its national climate policies. Gender is only ever mentioned in our foreign policy. As floods, fire and heat waves ravage our country, Australia needs a smarter response.

“The unprecedented floods and fires we’ve experienced in Australia have been devastating with the impacts often felt more acutely by women. We’ve seen increased domestic violence following heatwaves and bushfires, and it is likely that the floods will exacerbate homelessness particularly for older women who are the fastest growing cohort of homeless people in Australia, and for single mothers,”

“The impact of climate change on women and girls in Australia has been completely missing from our national discussion and we need to take urgent steps to integrate a gender perspective into climate policy. As governments play catch up following a decade of climate inaction, they need to hold women’s safety and security front of mind.”

Australia’s complete absence of gender integration in our domestic climate policy shows the need for urgent change – our future depends on it.

Why does the gender lens matter?

In the context of Australia’s ongoing and recent floods, these facts are particularly pertinent.

This is where the solutions intersect with the problem. And this solution is pretty far reaching, in fact it’s about 50% of the population.

Here’s how this latest report has found women are driving solutions for our climate:

A one unit increase in a country’s score on the Women’s Political Empowerment Index results in a 11.51% decrease in the country’s carbon emissions.

The problem and solutions are clear. Let’s do something about it.

For gender to be effectively integrated into climate policy, women and gender diverse people, particularly from Black, Indigenous, and People of Colour communities, have to be present in decision-making processes.

While Australia is representing gender in our foreign policies, gender is still completely absent domestically. Why is our government seeing it’s value internationally and not at home? This has to change.

Fig. 2: Inclusion of gender in the national climate policies of G20 countries 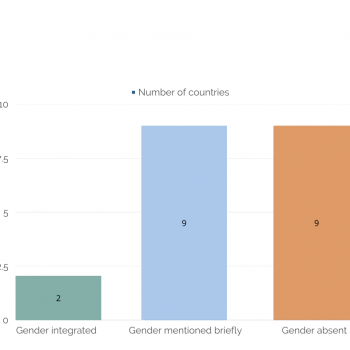 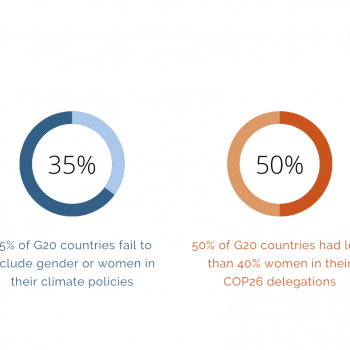 Our government needs to ramp up efforts to effectively and coherently integrate gender considerations into climate relevant policies, ensuring active participation of women and marginalised groups.

Read the report in full. 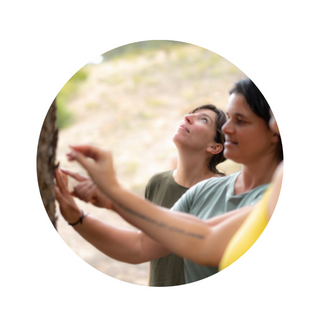 You can help raise up an environmental leader

Your donation to WELA is strengthening the voices of women and gender diverse changemakers across Australia.

The success of environmental and climate initiatives demands it. Donate today.

We are WELA: Monica Richter